Beware of a fence between you and Heaven...

Ok, so the title is a pun=) Oh puns! =) Anyhoo...
The Lord has been impressing upon me these last couple months the importance of repenting for taking an offense, in addition to forgiving people.
I don't know if it has ever happened to you, but I have forgiven someone for something, released them to Jesus for judgment and then still feel pain if the incident comes back to my mind. I started feeling the weight of offense a couple months ago, and so I repented for taking an offense.

Then I went to a prophetic teams meeting at my church and this lovely lady C. M. was talking about something someone had did while she was on teams that really hurt her. She walked through forgiveness, but she was still very hurt whenever she would think of it. And many times when she was trying to enter into God's presence during worship she kept thinking about this person and what they did. Finally, she mentioned it to some leaders and someone asked if she had forgiven the person, and she said yes. And later she had the revelation that she had taken up an offense with this person. So she quickly repented (Father, I repent for taking an offense and I ask for forgiveness). Then she thought there were probably a bunch of people that she had taken an offense with, so she asked the Lord to bring people to her mind and they did! And she repented! And she said she has experienced the greatest open heaven and joy in her life ever since!!! Glory to God, who wants so much for us to know Him intimately!!!

So needless to say, hearing this was very encouraging, because it was exactly what the Lord was taking me through as well!!! Yee haw!
So what is offense?
skandalizō - Greek - Strongs 4624

1) to put a stumbling block or impediment in the way, upon which another may trip and fall, metaph. to offend
a) to entice to sin
b) to cause a person to begin to distrust and desert one whom he ought to trust and obey
1) to cause to fall away
2) to be offended in one, i.e. to see in another what I disapprove of and what hinders me from acknowledging his authority
3) to cause one to judge unfavourably or unjustly of another
c) since one who stumbles or whose foot gets entangled feels annoyed
1) to cause one displeasure at a thing
2) to make indignant
3) to be displeased, indignant

pasha - Hebrew - Strongs 6586
Proverbs 18:19: A brother offended6586 is harder to be won than a strong city, And contentions are like the bars of a citadel.

One thing I conclude from the definition, is that we don't want to be offended with anyone, especially Jesus, God, Holy Spirit=) I have found that some of the veils spoken of in 2 Corinthians 3:18 are offenses with God, veils that we have where we do not see God as He truly is...
But we all, with unveiled face, beholding as in a mirror the glory of the Lord, are being transformed into the same image from glory to glory, just as from the Lord, the Spirit.
When we behold the face of the Lord, we are transformed and veils between us are removed!!!
Father, I ask for myself and everyone who reads this, that we may encounter You and see Your face. I ask for more interactions with Heaven. I pray off veils and scales in Jesus' name from our eyes, that we can see clearly. I praise You and I thank You so much for all You are working and doing. I bless You Abba, I bless You!
2 Corinthians 4:3-4 And even if our gospel is veiled, it is veiled to those who are perishing, in whose case the god of this world has blinded the minds of the unbelieving so that they might not see the light of the gospel of the glory of Christ, who is the image of God.

And so, Beloved ones in whom God loves, loves, loves. Let us continue to forgive and release people to Jesus for judgment and to change them, and no longer hold them  in bitterness and offense. Repent if needed and listen to the Robinson's - KEEP MOVING FORWARD into love!!!! 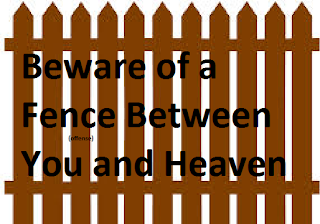 Posted by AmberJoyful at 8:02 AM 2 comments: